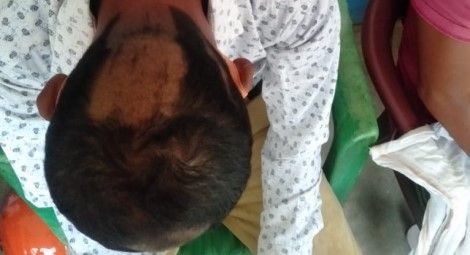 A victim of the attack in Bheri Kudar village. Credit: CSW

Seven Christians belonging to the Khariya tribal group in Bheri Kudar village, Simdega District, Jharkhand state were attacked on 16 September by a mob who were responding to allegations that the Christians were involved in the trade of beef.

The attack took place at approximately 6am when a mob of about 60 to 70 people from another village, led by the business class community called ‘Teli Sahu,’ stormed the village and started verbally abusing the Khariya tribal group before partially shaving their heads and forcing them to chant “Jai Sri Ram” (Translation: Long Live Shri Ram). The incident only became public knowledge on 25 September when a local social activist exposed the attack on the community.

The perpetrators carried out the attack because they believed that the Christians were involved in the trade and slaughter of beef meat. However, police investigations revealed that the accusations made by the mob against the seven men were false, and no evidence of slaughter was found in the victims’ properties.

It is a criminal offence to slaughter a cow under the Jharkhand Bovine Animal Prohibition of Slaughter Act 2005. Conviction for contravention of the law can result in a jail term of up to ten years and a fine of up to 10,000 Indian Rupees (approximately £107.00). There has been a concerning rise in incidents of mob lynching in the name of protecting cows and for alleged beef consumption since the Bharatiya Janata Party (BJP) government took office in May 2014.

According to local sources, eight people have been arrested in relation to the attack. A First Information Report (FIR), which is required for the police to open an investigation, has been registered against the perpetrators under the Scheduled Caste and Scheduled Tribe (Prevention of Atrocities) Act, 1989. Targeted violence against Christians belonging to the tribal communities in Jharkhand has become a growing concern among local human rights groups. Violations include lynching on the basis of false cow slaughter charges, social excommunication and denial of basic rights of religious minorities, false accusations of converting others to Christianity, and even murder on account of one’s Christian faith.

CSW’s Founder President Mervyn Thomas said: “Widespread attacks against members of the Scheduled Tribes, who are an ethnic and religious minority, must be stopped and their right to choose a religion or belief must be protected like any other Indian citizen. Although the law gives them special protection, the impunity enjoyed by those who perpetrate these crimes against them  is creating a situation in which their identity and livelihoods are under sustained attack, characterized by daily humiliation, harassment and discrimination. We urge the Jharkhand state government to develop a plan of action to stop violence against members of these groups on the basis of their religion or belief and to ensure that their rights are protected. We also call on the Indian government to implement one of the recommendations it accepted during the 2017 Universal Periodic Review of the country’s human rights record at the UN, to develop a national plan on human rights to prevent violence committed in the name of religion, and other forms of oppression related to religion or belief.” 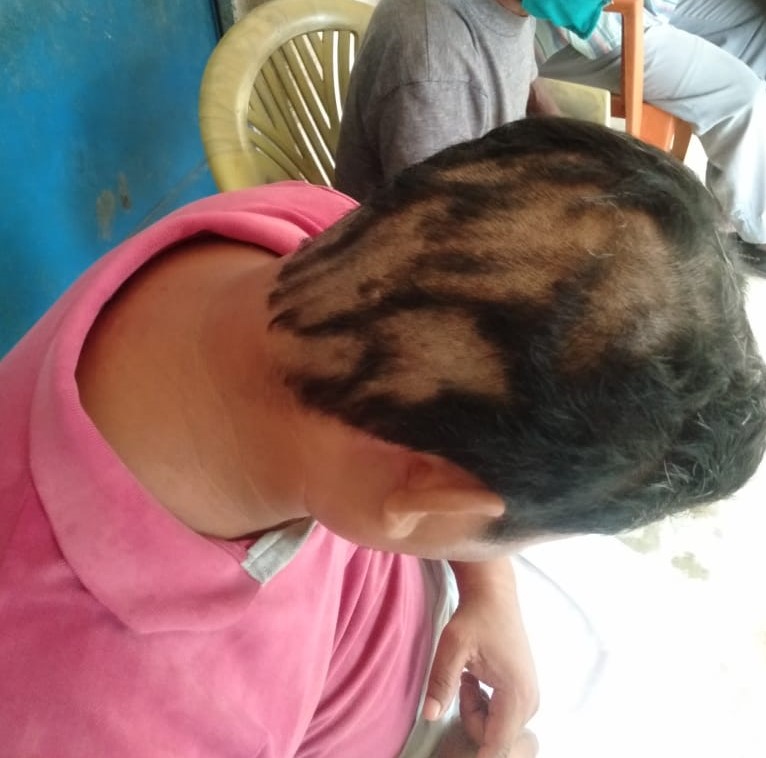 Another victim of the attack in Bheri Kudar village. Credit: CSW.