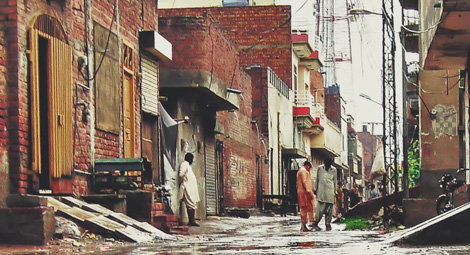 On 13 October, a 13-year-old Christian girl was kidnapped from the street outside her home in Karachi Railway Colony, Sindh Province.

A 44-year-old man has since presented documentation to the police claiming that she is 18 years old and has willingly converted to Islam and married him.

Arzoo Raja was abducted on the morning of 13 October while playing outside by a street near her house. Her parents registered a First Information Report (FIR No. 302 of 2020), which is required to start a police investigation, under Section 364-A of Pakistan’s penal code at the Police Station Frere, Karachi.

On 15 October, her parents were asked to present themselves at the police station where a marriage certificate was produced stating that Ms Raja was 18 years old, had willingly converted to Islam and consented to marry Ali Azhar, 44, who is believed to be her abductor. Evidence from the National Database and Registration Authority (NADRA) and school records, however, confirm that she is 13 years old and in 6th grade at school.

Ms Raja’s parents launched a case in the Sessions Court Sindh, Karachi to challenge the claims in the document and demanded her release from Mr Azhar, who submitted his own court challenge. Under the Sindh Child Marriage Restraint Act, the legal age for marriage is 18.

In an Order dated 27 October, the court said that Ms Raja (addressed as Arzoo Fatima in the Order) had “contracted marriage with one Ali Azhar with her own free will and accord without duress and fear.” The court further noted in the Order that Ali Azhar and Arzoo Fatima were harassed by the police as a result of the FIR registered by her parents and that the couple should be left alone to “pass [a] happy life. [sic]” The court also stated that no arrests should be made in respect of the FIR and directed that the Frere Station House Officer (SHO) to “provide protection to the newly wedded wife.”

Ms Raja’s parents have filed a legal application with the police asking them to remove her from her abductor’s custody into a shelter, as court’s directive for the police to "provide protection" for her should be interpreted as protecting her from all illegal acts, including sexual violence, given that she is a minor. The age of consent in Pakistan is 16. Her parents will also file a High Court petition for enforcement of all provisions of the Sindh Child Marriage Restraint Act 2013.

An estimated 1,000 Christian and Hindu children and women are kidnapped annually and subject to rape, and forced conversion and marriage. In a press release by The Cecil & Iris Chaudhry Foundation, Ms Raja’s mother said: “In the name of God, please rescue our daughter. We are deeply worried. Please help us. The abductor and his supporters are terrifying us, and we are in danger from these people. Please listen to our appeal.”

CSW’s Founder President Mervyn Thomas said: “We are appalled by the horrifying situation Ms Raja and her family are being forced to endure. The court’s decision is alarming in the face of evidence that Ms Raja is clearly underage and has been kidnapped and abused. CSW urges the Sindh authorities to ensure that Arzoo Raja is returned to her parents and that criminal proceedings are instituted against those responsible for her kidnapping.”