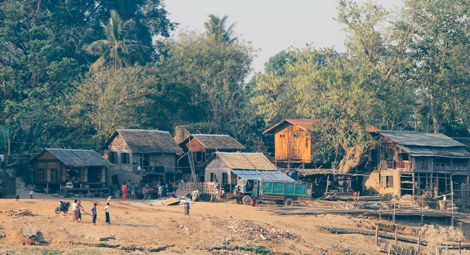 CSW calls on the Burmese authorities to ensure that the country’s national elections, scheduled for 8 November, are free and fair.

The elections are the second to take place since Burma’s fragile democratic transition, and only the fourth elections of any sort in the past three decades. The previous election in 2015 was won overwhelmingly by the National League for Democracy (NLD) led by Aung San Suu Kyi. Human rights organisations around the world hoped that the NLD-led government would have led to improvements in protection for human rights in the country, but instead the past five years have seen very grave setbacks, with a fragile democratisation process increasingly undermined and significant regression in some areas of human rights, particularly freedom of the press, freedom of expression and freedom of religion or belief (FoRB).

Ahead of Sunday’s election, there are serious concerns regarding the disenfranchisement of an estimated two million people who are unable to vote. Among them are the entire Rohingya people, internally displaced persons (IDPs) and refugees, and over one million people from 56 townships in ethnic areas where Burma’s Union Election Committee has unilaterally decided to cancel voting.

Additionally, Burma is currently experiencing a second wave of the COVID-19 pandemic, which is proving far more severe than the first, and further complicates the elections by making voting more difficult and more dangerous.

CSW’s Senior Analyst for East Asia Benedict Rogers said: “This Sunday, Burma needs a miracle. Over the past five years the country has lost many of the gains that had been made in terms of human rights and democratisation. We call on the Burmese authorities to ensure that Sunday’s elections are free and fair, and remain seriously concerned that some two million people, primarily belonging to ethnic minorities, will be unable to vote. Burma must do far more to bring an end to discrimination against religious and ethnic minorities, including by repealing discriminatory legislation such as laws that limit religious conversion and interfaith marriage, and the 1982 Citizenship Law which denies the Rohingya people full citizenship rights.”

1.       Click here for further analysis on the upcoming elections from Benedict Rogers.