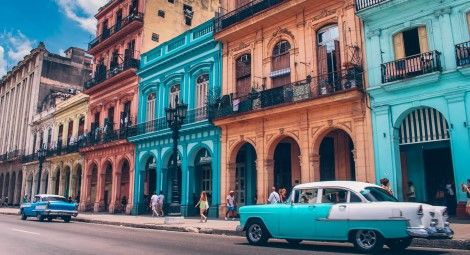 CSW has today published a report on freedom of religion or belief (FoRB) in Cuba which finds that the Cuban authorities continued to routinely and systematically violate the right to FoRB throughout 2020, and that the government has used the COVID-19 pandemic, on various occasions, to legitimise such violations.

In 2020, CSW received 203 documented violations of FoRB. While this number is lower than the 260 cases documented in 2019, the decrease in numbers is not because of any government change in policy but rather entirely due to the decision of the Ladies in White to halt their weekly attendance at Catholic Mass and protest march on Sundays for about seven months because of the pandemic.

Documented violations include arbitrary detention, threats, harassment and surveillance of religious leaders and FoRB defenders; efforts by the government to block overseas humanitarian aid and the distribution of food by religious groups; defamation of religious leaders online; and the targeting of church properties with demolition, vandalism, and forced closure. The report also highlights one particularly striking case in which authorities demolished a church belonging to the Assemblies of God denomination in the Abel Santamaria neighbourhood of Santiago de Cuba in October.

The report notes an increase in cases where the right to FoRB was arbitrarily restricted under Decree Law 370, a law which effectively curtails freedom of expression on the internet in Cuba to guard against “disseminating information contrary to the common good, morals, decency, and integrity through public data transmission networks.” In one example in April 2020, Cuban authorities used the decree to threaten journalist Yoel Suárez, who often focuses on FoRB issues, with fines and the seizure of his work.

As in 2019, CSW also documented continued violations against children belonging to religious groups, particularly in educational settings. For example, in January 2020 a church leader in a registered denomination was forced to take his son out of primary school following a constant campaign of bullying against the boy led by his teacher.

The report finds that these developments have come as Cuba faces a particularly unstable situation which includes shortages of food, medicine, and hygiene supplies, and, of course, the ongoing COVID-19 pandemic. It concludes that these developments “should be a cause for serious concern among the international community and those who seek to defend FoRB and international human rights.”

Institutional bodies such as The United States Commission for International Religious Freedom (USCIRF) remain concerned about religious repression in Cuba, and continue to designate it as a Tier 2 country, while the US State Department kept Cuba on a Special Watch List for FoRB violations for the second year running.

CSW’s Head of Advocacy Anna Lee-Stangl said: “It is clear from this report that the situation for religious groups across Cuba remains in dire need of international attention, as illustrated by State Department’s decision to place Cuba on the Special Watch List for the second year running. As feared, the COVID-19 pandemic has provided the Cuban authorities with another way of legitimising violations of the right to freedom of religion or belief, which have been further facilitated by repressive legislation, including Decree Law 370. CSW calls on the international community to take heed of the recommendations contained within this report and urge the Cuban authorities to fully respect the right to FoRB in line with both the country’s own constitution and international standards on this fundamental human right.”