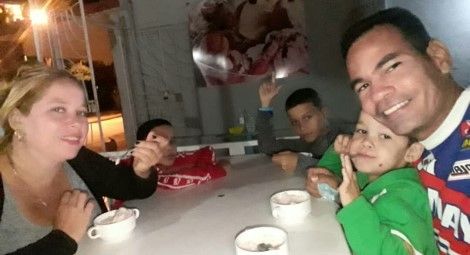 Cuban pastor Karel Parra Rosabal was released from the police unit in Jobabo, Las Tunas, on 22 January after ten days in detention.

Pastor Parra Rosabal was released at approximately 4.30pm local time on 22 January and was ordered by the Chief Prosecutor to attend a meeting on 25 January. At the two and a half hour meeting on 25 January, the Jobabo Prosecutor’s office confirmed that it would be dropping the charges and would not pursue a legal case against him. Pastor Parra Rosabal was also finally allowed to present proof of purchase documents for his work tools, which had been confiscated during his arrest, however, the equipment was not returned to him.

Pastor Parra Rosabal is the leader of the unregistered Fuego y Dinámica Apostolic Church in Jobabo. As is common in Cuba, the pastor earns a supplementary income by running a small business, a legally registered bicycle repair workshop out of his home.  He was arrested and falsely accused of the crime of ‘hoarding’ (acaparamiento) after police searched his home and requisitioned 50,000 pesos (approximately $1,890 USD) worth of repair equipment.

CSW believes that Pastor Parra Rosabal was targeted due to his involvement in the Apostolic Movement, a network of relatively large and independent churches across the island. The Cuban government has refused to allow Apostolic Movement churches to register, effectively making them illegal.  Upon his arrest, Cuban police told him that he was being arrested “so that you learn that illegal churches in Cuba are not allowed.”

Although no official case will be opened against the pastor, Parra Rosabal’s equipment is being held by the police. The authorities have given no indication if or when they plan to return the tools and CSW sources have confirmed that the process of return is often lengthy and can last months. The loss of his equipment means that Pastor Parra Rosabal is unable to run his business and will face serious difficulty in providing for his family.

CSW Head of Advocacy Anna Lee Stangl said: “We were pleased to learn of Pastor Karel Parra Rosabal’s unexpected release from prison. The decision of the prosecutor to decline to pursue the case shows that he never should have been detained in the first place. CSW remains deeply concerned that the authorities have refused to return his equipment to him. This arbitrary confiscation has a direct and serious negative impact on his ability to earn a livelihood, which not only helps to feed his family but also provides a critical service to his community. We call on the authorities to immediately return all of his equipment and to cease their harassment of Pastor Parra Rosabal.”