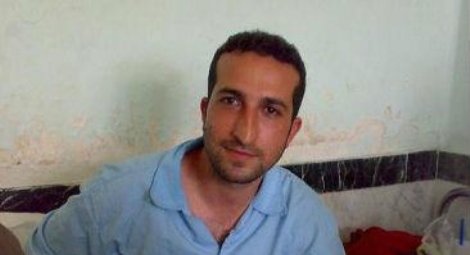 The UN Working Group on Arbitrary Detention has published an opinion that the continued detention of Iranian church leader Yousef Nadarkhani is arbitrary.

The opinion, which was adopted by the Working Group at its 89th session in November 2020, was only made public on 18 February 2021. In the opinion, the Working Group writes: “Through much of his life, [Pastor Nadarkhani] has been the target of religious discrimination, for which he has been arrested, tried, and imprisoned on several occasions.”

The Working Group goes on to conclude that his detention contravenes multiple articles of the Universal Declaration of Human Rights and the International Covenant on Civil and Political Rights, calling on the government of Iran “to take the steps necessary to remedy the situation of Mr. Nadarkhani without delay and bring it into conformity with the relevant international norms.”

Pastor Nadarkhani was one of four Christians initially arrested in Rasht on 13 May 2016 during a series of raids by security agents on Christian homes. In July 2017, the four men were found guilty and sentenced to ten years in prison on charges of ‘acting against national security’ by ‘promoting Zionist Christianity.’ The pastor and one of the other church members, Mohammadreza Omidi (Yuhan), also received additional sentences of two years in internal exile.

The four Christians were released on bail pending an appeal but were informed on 2 May 2018 that the sentences had been upheld. They were subsequently re-arrested in a series of raids from 22-25 July 2018 and taken to Evin prison to serve their sentences.

In June 2020, Pastor Nadarkhani and one of the other Christians, Deacon Saheb Fadaie, received a verdict in their latest appeal which reduced their sentences to six years each. During the same appeal, Mr Omidi received a sentence of 24 months. Mr Omidi was released on 18 August 2020, and has been instructed to serve 21 months in internal exile in Borazjan in the south of the country, which he began in September 2020. In October 2020 he was given 80 lashes for an earlier conviction for drinking communion wine. On 15 November 2020, Mr Fadaie was also lashed 80 times for the same conviction.

An Iranian church leader who worked on this case said: “This is an answered prayer, and we are grateful to CSW, Freedom Now and all those who have been working on Pastor Nadarkhani’s case for so long. We call on the international community and especially the new US administration to make FoRB issues a priority as they resume negotiations with Iran.”

CSW’s UN Officer Claire Denman said: “CSW welcomes the verdict of the UN Working Group on Arbitrary Detention and fully concurs with their call for the Iranian government to take urgent action to ensure the immediate release of Pastor Nadarkhani. The situation for Christians and other religious minorities in Iran remains highly concerning.  Many are currently imprisoned on similarly arbitrary and spurious charges. We urge Iran to ensure that the right to freedom of religion or belief is fully upheld and protected for all citizens, and to immediately and unconditionally release all individuals detained on account of their religion or belief, or in relation to the defence of human rights.”

2.       Click here to read the full verdict of the Working Group on Arbitrary Detention.