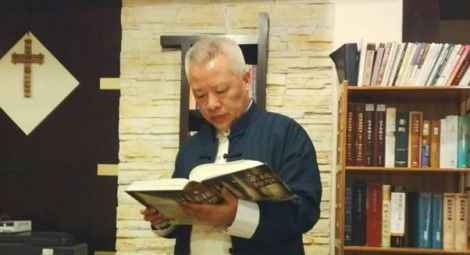 Zhang Chunlei, an elder of Love (Ren’ai) Reformed Church in Guiyang in China’s Guizhou province, has been placed in criminal detention after a police raid on 16 March 2021.

On the morning of 16 March, local police and officials from the Religious Affairs Bureau stormed a privately rented property in Guiyang where a group of Christians were holding a retreat, taking 10 people to a police station.

Later that day, Mr Zhang went to the police station to make inquiries, at which point he was detained. Officers then raided the homes of Mr Zhang and several other church members, and subsequently issued Mr Zhang and three others with penalties of administrative detention for ‘illegally operating as an association’. Chen Jianguo, Li Jinzhi and Li Lin were released on 20 March, but Mr Zhang remains in detention. On 28 March 2021, reports emerged that he had been criminally detained.

After his release, Church member Chen Jianguo wrote on social media: “How wonderful would it be if we Christians could have a place like the detention centre to set up a school or hold a retreat!” A notice issued by the Religious Affairs Bureau in Yunyan District, Guiyang, dated 17 March 2021, states that the aforementioned property has been banned from holding activities in accordance with the Regulations on Religious Affairs.

Elder Zhang was among the first signatories of the joint statement entitled ‘Declaration for the Sake of the Christian Faith’, which was issued by 34 house churches following the enactment of the Regulations on Religious Affairs in February 2018.

Love Reformed Church is not the only house church targeted by the Chinese authorities in recent weeks. Police, security guards and officers from the United Front Work Department interrupted services at a house church in Chongqing on two consecutive Sundays in February, calling the gatherings ‘illegal’. Later in March, officers raided another house church in Chongqing and confiscated all furniture and personal property stored at the church.

According to Christians from the area, Guizhou has a reputation for aggressively suppressing unregistered house churches. In 2015, under the leadership of Chen Min’er, the then-Guizhou party chief, and Shen Yiqin, then-secretary of the Guizhou Political and Legal Committee, Living Stone Church was subjected to an intense crackdown. Chen, who is said to be one of Xi Jinping's most trusted protégés, moved to Chongqing to be the party chief there, and was promoted to the Politburo in 2017. Since then, many house churches in Chongqing have been shut down, with two churches shut down in 2021 so far. Shen was promoted, apparently with Xi’s strong backing, to Guizhou party chief at the end of 2020. From then, at least two house churches in Guizhou have been formally banned.

CSW’s Founder President Mervyn Thomas said: “CSW condemns the criminal detention of Zhang Chunlei, which comes amid an ongoing crackdown on house churches in Guizhou, Chongqing, and across China. We call for his immediate and unconditional release, and once again urge the Chinese Communist Party (CCP) to ensure that the right to freedom of religion or belief is fully upheld for all citizens in accordance with the standards laid out in the International Covenant on Civil and Political Rights and the Universal Declaration of Human Rights. We further call on the international community to take steps to ensure Zhang’s release, raising his case with the Chinese government at every opportunity in public and in private.”