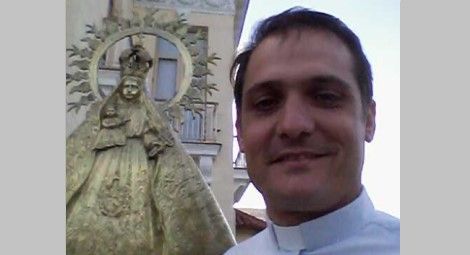 Reports are emerging of religious leaders being among those detained amid unprecedented nationwide protests in Cuba.

Protests erupted across the country on 11 July in response to Cuba’s ongoing and severe economic crisis and a record surge in coronavirus cases, before expanding to criticisms of the Cuban Communist Party (CCP)’s decades-long hold on power, crackdown on human rights and pro-democracy movements. and management of the COVID-19 pandemic.

In response, the government appears to have disconnected the internet in most of the island’s major cities, but reports of violations targeting protesters and religious leaders have continued to emerge.

Cuban President Miguel Díaz Canel also made public calls for ‘revolutionaries’ to take to the streets to defend the Revolution by fighting protestors. Several reports have since emerged of violence against protesters, including one incident in which an Associated Press photographer was violently beaten by members of the police and Cuban State Security. One protester was also allegedly shot in the stomach.

A number of religious groups published calls for peace, including The Methodist Church of Cuba, which issued a statement repudiating the government’s call to combat protestors, saying: “We affirm our call for peace - a rallying cry which involves conflict can never be the solution to our many difficulties. The representatives of the Church at the national level and in all the provinces are working so that the needs of our people are met and that bloodshed is avoided at any cost.”

The Inter-American Human Rights Commission condemned the government’s use of violence against protestors and called on Cuba “to comply with its #HumanRights obligations, in particular the right to protest; in addition, the reiterated recommendation of democratic opening of the island and its responsibility to put in place an institutional framework in line with inter-American standards.”

CSW’s Head of Advocacy Anna-Lee Stangl said: “CSW stands with the people of Cuba in calling for freedom, democracy and respect for human rights. We are deeply concerned about reports of peaceful protesters, including religious leaders, being detained and beaten, as well as reported attempts to severely restrict the flow of information, including by cutting off internet access in several cities. CSW stands with religious groups in Cuba in condemning calls to violence. We urge the international community to make it clear to the Cuban government that it is time to listen to the calls of its people for peaceful and democratic change.”