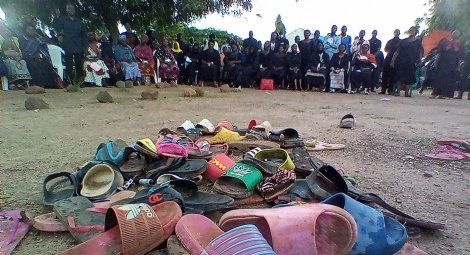 CSW’s new global campaign, Sing For Freedom, is calling for action to stem the scourge of abductions targeting educational establishments in northern and central Nigeria, that have resulted in over 1,100 students kidnapped for ransom and at least seven killed since December 2020.

The United Nations Children’s Fund (UNICEF) estimates that at least one million students could miss school this year due to the rise in mass school abductions and insecurity. The Sing For Freedom campaign also draws attention to the case of Christian schoolgirl Leah Sharibu, who has been held captive by Islamic State West Africa Province (ISWAP) terrorists since February 2018, and to the estimated 110 Chibok girls who are believed to remain in captivity since their abduction in April 2014.

The campaign concludes on Sunday 7 November. Participants are encouraged to sign a petition and to raise awareness about violations of freedom of religion or belief (FoRB) around the world by joining American gospel artist KB  and others in a singing challenge on social media. It is open to people of all backgrounds, religions and beliefs, and can be joined at any point during the campaign.

CSW Nigeria will be marking International Religious Freedom Day on 27 October with a concert of “prayer and song”, with some families of freed students in attendance.  On 28 October, there will be a protest outside the Nigerian High Commission in London, and a letter calling for urgent action to address student abductions will be delivered to the ambassador. A campaign event will also take place in the US on 29 October.

Kori Porter, CEO of CSW-USA, said: “Sing for Freedom is a challenge to everyone, everywhere, to raise their voices for freedom. We want to see Leah, the Chibok Girls and the many other students who have had their lives threatened and education interrupted, returned home. The fact that one million students could miss school this year, after many have already had their education impacted by the COVID-19 pandemic, is a crisis that cannot be allowed to continue. When ordinary people raise our voices together, we make these issues heard and put them on the agenda of the policymakers who can make a difference. Join us and sing your song for freedom.”

1.       Visit the Sing for Freedom website for more information and a press kit with multimedia resources.