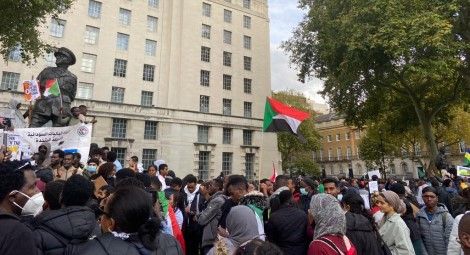 Individuals who worked for civilian government targeted in assassination attempts

CSW has received reports of two assassination attempts against individuals who worked for Sudan’s civilian-led government, which was overthrown on 25 October in a military coup.

The first assassination attempt took place on 27 October when Boutros Badawi, adviser to the Minister of Religious Affairs, was attacked at around 8pm as he was walking to his home in Khartoum. Mr Badawai reportedly realised that two people were following him when one of them shot at him but missed. He escaped his assailants by seeking refuge in a nearby home and leaving via a back route.

This is not the first time his life has been threatened. In July, Mr Badawi was attacked by five armed men who assaulted and threatened to kill him if he continued to speak out about the government’s failure to adequately respond to the issue of confiscated properties belonging to churches, and issues surrounding the Sudan Presbyterian Evangelical Church committees.

The second assassination attempt took place on 28 October three days after the coup, when two people on motorcycles fired a hail of bullets at a car belonging to Taha Osman, a member of the anti-corruption Committee tasked with dismantling institutions set up by the previous regime. Mr Osman was not in the vehicle, but his cousin Mustafa Moheldeen was killed.

The Empowerment Removal and Dismantling NCP regime Committee was formed in November 2019 to identify and dismantle institutions established by Omar al Bashir and his party, the National Congress Party (NCP). The head of the committee, Mohamed al Faki Suleiman, was a member of the Sovereign Council and among those detained in the hours after the coup.

These assassination attempts occurred the week after the military coup led by Lieutenant General Abdel Fattah al Burhan declared a state of emergency and dissolved political institutions, dismissing civilian leaders from their roles. Sudan’s Prime Minister Abdalla Hamdok remains at his home under effective house arrest. While Prime Minister Hamdok has been able to meet with the head of the United Nations Transitional Mission in Sudan (UNITAMS) Volker Perthes and foreign ambassadors based in Khartoum, he has been restricted from meeting members of his cabinet.

Several politicians and political advisors remain in detention, including the prime minister’s adviser, Yasir Arman, who was detained on 26 October. Amid the arrests and detentions targeting the civilian-led administration, there have been reports of senior members of the previous regime who were closely aligned to former President Omar al Bashir being released from prison. Ibrahim Gandour, former head of the National Congress Party (NCP), was released from prison on 31 October.  Although he was rearrested shortly afterwards, the release of other officials in the former regime suggests an alliance between the military and Islamist leaders.

CSW’s CEO Scot Bower said: “CSW extends our deepest condolences to the family of Mustafa Moheldeen. We are gravely concerned by these highly planned assassination attempts targeting former members of the civilian-led government and its committees. The military holds ultimate responsibility for the actions taking place since the announcement of a coup, and must ensure the security of all persons in the country at this time. We urge members of the international community to engage with efforts to ensure the release of political detainees and protection for those working with or associated with the civilian government.”

Civilians have responded to the military takeover by participating in large peaceful demonstrations across Sudan. On 30 October, coordinated peaceful demonstrations in Sudan were met with in some places by live rounds fired by the military, resulting in the deaths of at least 14 civilians and over 200 injured. The flow of information from Sudan has been seriously hampered due to restrictions of the communications networks outside of the capital and in conflict areas in particular.

In Kadugli, the capital of South Kordofan State, human rights organisation HUDO reported an increased presence of Sudanese Armed Forces (SAF), police, Rapid Support Forces (RSF) and the General Intelligence and Security Service (GIS). Well-known activists were arbitrarily detained, interrogated and threatened not to participate in demonstrations. In Nyala, South Darfur, Radio Dabanga reported that  a number of activists were detained in the days after the coup by military intelligence and RSF officers, CSW sources say that number has risen to at least 36.

The African Union has suspended Sudan from participation in the regional block and the UN Security Council has issued a statement calling on the military to restore the transitional government. The UN Human Rights Council has also called a special session for 5 November to discuss the human rights situation in the country, which exited the agenda of the UN’s leading human rights body as recently as 6 October, in a major blow for human rights monitoring in the country.

Mr Bower continued: “CSW urges the military to release all political detainees and restore nationwide communication networks. The international community must  emphasise the need for the military to respect the rights of civilians in the conflict areas of South Kordofan, Blue Nile and Darfur and make use of all diplomatic tools at their disposal to bring this crisis to an end, including possible targeted financial sanctions against those responsible for the coup and subsequent attacks on civilians and politicians.”