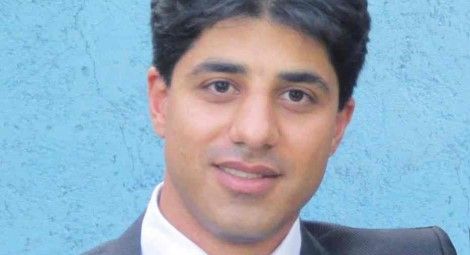 An Iranian pastor from the Church of Iran denomination in Karaj, was summoned by the Iranian authorities on 10 November to begin serving a five-year prison sentence. CSW’s sources have confirmed that Pastor Amin Khaki is now in prison.

The pastor was arrested together with four other Christians in Karaj in December 2017. He was released in early 2018 after submitting 30 million Tomans (approximately USD 7,100) in bail, but was subsequently sentenced to 14 months in prison in March 2019 for “spreading propaganda against the Islamic Republic of Iran.” He began serving his sentence in July 2019. Four other Christians who were arrested with him were each sentenced to four months imprisonment in March 2019, and were released after serving their sentences.

In March 2020, Pastor Khaki was granted temporary furlough from prison due to the rapid spread of COVID-19 in Iran, and on 6 April he was informed that he had been fully released. He had been arrested on several occasions in the past, and was previously imprisoned from March 2014-January 2015 as part of a group of eight Christians who were detained and interrogated after gathering for a picnic.

On 21 June 2021, Pastor Khaki, together with Iranian Christians Milad Goudarzi and Alireza Nourmohammadi, stood trial in Karaj. They were charged with “sectarian activities” under a new amendment to the Iranian penal code. CSW’s sources reported that during the trial the men were prevented from being represented by their lawyer, despite the fact that he had fulfilled all the necessary requirements for participation ten days before the trial began.

On 26 June, the three men were each sentenced to five years in prison after being convicted of “engaging in propaganda against the Islamic regime.” All three are appealing the verdict.

CSW’s Founder President Mervyn Thomas said: “CSW is deeply disappointed by the news that Pastor  Khaki has been required to start serving his sentence. This sends yet another negative message to religious minorities in Iran, and essentially amounts to a criminalisation of Christianity. We refute the charges levelled against Pastor Khaki and his colleagues, and we call upon the Iranian authorities to overturn them and release the pastor and all others detained under similarly unjustified charges immediately and without condition. We also call on the international community to press the Iranian government to end all forms of discrimination against religious minorities, and to uphold its international obligations to protect and respect the rights of all citizens regardless of their religious affiliation or ethnic background.”