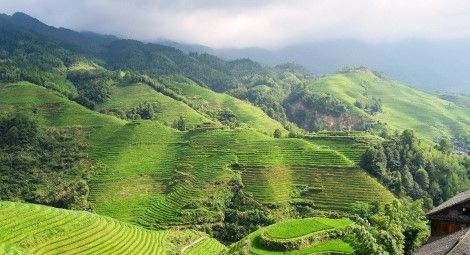 There has been a critical deterioration in the overall protection of human rights in China since 2013. The realisation of the right to freedom of religion or belief (FoRB) in China remains a mixed picture, and conditions vary according to religion, location, ethnicity, attitudes of local officials, and other factors. However, overall, the level of FoRB is rapidly and significantly decreasing against a backdrop of broader human rights violations which in some cases amount to crimes against humanity, requiring the urgent attention of the international community.

Under Article 36 of the constitution, the state protects all “normal” religious activities. The five officially-recognised religious traditions – Buddhism, Taoism, Islam, Protestantism and Catholicism – are overseen by seven state-sanctioned associations. In fact, “normal” religious activities refers to those carried out by religious communities registered with these associations. However, registered religious communities are also subject to increasingly severe restrictions, and are forced to demonstrate loyalty to the Chinese Communist Party (CCP).

In recent years, China has introduced measures which increase state control over religious activities in China. On 1 February 2018, the State Council introduced revisions to the 2005 Regulations on Religious Affairs. On 1 May 2021, new administrative measures on religious staff came into effect, which, among other conditions, require clergy to “support the leadership of the Communist Party” (Article 3), and mandate that senior leaders must submit their personal information to the authorities every three to five years in order to remain in their position (Article 27).

On 1 March 2022, Measures for the Administration of Internet Religious Information Services came into effect which prohibit the sharing of religious content online without a permit, including through text messages, images, audio and video. The measures also prohibit religious content that “induce[s] minors to believe in religion”.

In the Xinjiang Uyghur Autonomous Region (XUAR), over one million Uyghurs, Kazakhs and members of other ethnic groups have been detained without charge in “re-education camps” since 2017. Most of the detainees are Muslim and there is a strong religious element to the detentions. Numerous reports of brutal torture and ill-treatment, systematic rape and forced sterilisation have emerged from the camps, where conditions are dangerously unsanitary and overcrowded.

Individuals have been detained for acts as basic as having the WhatsApp application on their mobile phones, having relatives abroad, accessing religious materials online, and engaging in peaceful religious activities, including praying or wearing ‘Islamic’ clothing.

Outside the camps, mosques and sacred sites have been destroyed and religious leaders have been handed long prison sentences, as have intellectuals, writers and editors; witnesses say Uyghur religion and culture are being deliberately erased by the authorities. There are also reports of widespread forced labour in the region and beyond.

Elsewhere the authorities have also restricted the right to FoRB of other Muslim communities. For example in 2021 authorities launched a campaign to “renovate” mosques by removing domes and minarets as part of the official effort towards “Sinicization” and “expelling foreign influence”.

Violations against religion and belief communities

From 2018 onwards in particular, registered and unregistered Protestant and Catholic churches and pastors have faced increased harassment, fines, cross removals, confiscation of property and forced closure across the country. Pastors who have spoken out against the violations have been detained and some have received lengthy prison sentences. The authorities have also forcibly closed Christian schools and implemented a widespread crackdown on Christian publishing, with sentences up to seven years for publishers. In addition, several Bible apps and other Christian materials have been taken offline. Catholic clergy, including bishops, have also been detained and forced to undergo “patriotic education”; some Catholic leaders not recognised by the government remain missing after being repeatedly arrested and detained for decades, including Bishop James Su Zhimin.

The Tibetan Buddhist community also faces disruptions to religious services, intrusive monitoring and surveillance, arbitrary detention, the demolition of religious buildings and statues, and the forced closure of religious sites. Tibetan Buddhist monks who have peacefully called for greater freedoms for Tibetans, including language rights, have been detained and tortured, sometimes leading to death in custody or soon after release.

Individuals affiliated with groups labelled as ‘xie jiao’, usually translated into English as ‘heterodox teachings’ or ‘evil cults’, have been charged under Article 300 of the Criminal Law, which prohibits “organising/using a cult to undermine implementation of the law.” Penalties include harassment, fines and lengthy imprisonment. The largest group classified as a ‘xie jiao’ in China, Falun Gong, has been banned since 1999. Practitioners and supporters outside China continue to report the arrest, imprisonment, torture and death in custody of Falun Gong practitioners across the country. A series of expert reports suggest that Falun Gong practitioners and other ethnic and religious minorities have been victims of forced organ harvesting.

In February 2022, a pro-Beijing media outlet in Hong Kong published a series of articles criticising “Western” religions and Falun Gong, and attacking religious leaders and teachers for inciting people to participate in demonstrations in the city, drawing concern from human rights groups and religious leaders.

Beginning in July 2015, over 300 human rights lawyers and activists, their colleagues and family members, were interrogated, detained and in some cases imprisoned or disappeared, in what has been dubbed the 709 crackdown. Many of those since released have described appalling physical and psychological torture.

Lawyers who take on FoRB-related cases can face harassment and intimidation from the authorities; those who continuously take on such cases become targets, and can be detained and tortured, jailed or disappeared. Dozens of lawyers have also lost their licenses after taking on human rights cases. Increasingly, human rights defenders’ family members are also severely harassed by the police and can be fired from their jobs and evicted from their homes for no reason other than pressure from the authorities. Many human rights defenders remain missing or in detention, including human rights lawyers Gao Zhisheng and Chang Weiping.

Those who have reported on the coronavirus pandemic have also been targeted. On 28 December 2020, authorities in Shanghai sentenced Christian citizen journalist and former lawyer Zhang Zhan to four years in prison on charges of “picking quarrels and provoking trouble.” Zhang was detained in May 2020 after she had travelled to Wuhan to report on the pandemic, and there are grave fears for her health which has deteriorated rapidly since she was detained.

To the government of China: