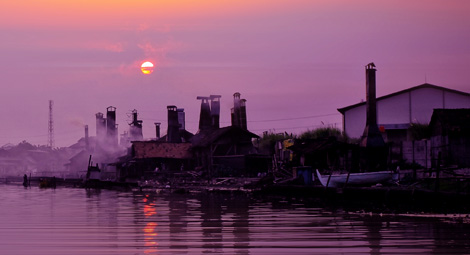 A mother of two was jailed for 18 months on 24 August under Indonesia’s controversial blasphemy laws, following an incident in which she was alleged to have insulted Islam.

On 22 July 2016 Meiliana, a salt-fish seller in her hometown of Tanjung Balai, spoke in private with the daughter of a caretaker from a neighbouring mosque, asking that the volume of the loudspeakers be lowered. After rumours had spread through the town that she had demanded that Muslims stop doing their call to prayer, a number of attacks were carried out in Tanjung Balai, including on Meiliana’s house and at least 14 Buddhist temples. It is reported that Meiliana celebrates both Buddhist and Christian faiths, and attends a Christian congregation in prison.

Meiliana and her husband, Lian Tiu, were questioned by police after the attacks. While Meiliana was not initially charged, she was required to report to the police once a week for two years. The police eventually handed Meiliana’s case to the blasphemy law office following persistent pressure from Islamists. She was detained on 30 May 2018 and has been imprisoned in Medan since then.

“The imprisonment of Meiliana is a grave miscarriage of justice, and exposes the blatant misuse of the blasphemy laws,” said Benedict Rogers, CSW’s East Asia Team Leader. “Meiliana did nothing wrong, and did not insult anyone or any religion. To be jailed simply for asking for the volume on the loudspeakers to be reduced is outrageous and absurd.”

Both Meiliana and her husband lost their jobs when the first incident took place, and have since been forced to rely on financial assistance to provide for their two sons. During the attacks, the two boys, both of whom were studying at high school at the time, were forced to flee mobs in fear of their lives. It has been reported that a Muslim pedicab driver helped the boys escape.

The use of the blasphemy law comes amid increasing concerns that Indonesia’s tradition of religious pluralism is under threat. Growing religious intolerance has been exacerbated by recent political developments in Indonesia, which appear to have emboldened extremist Islamic groups.

In May, 13 people were killed and dozens injured in three separate bombing attacks on Christian churches in Surabaya, the country’s second largest city. CSW visited these churches in August to learn in detail what happened. During the visit, Alamsiyah M Djafar of the Wahid Foundation warned “if intolerance increases, the threat of radicalism increases, and that will change the face of Indonesia.”

Recently, Indonesia’s President Joko Widodo announced his choice of Ma’ruf Amin, a 75 year-old conservative cleric, as his vice-presidential candidate in the presidential election next year. Amin was the head of the Indonesian Ulama Council, and responsible for the signing of numerous fatwas, including that which resulted in the conviction and imprisonment of the former governor of Jakarta, Basuki Tjahaja Purnama, (known as 'Ahok'), on charges of blasphemy. Amin was also responsible for the 2005 anti-Ahmadiyya edict, which led to severe restrictions and violence against the Ahmadiyya minority.

“Intolerance in Indonesia is increasing in many ways and Indonesia’s tradition of pluralism is in grave peril,” said Benedict Rogers.