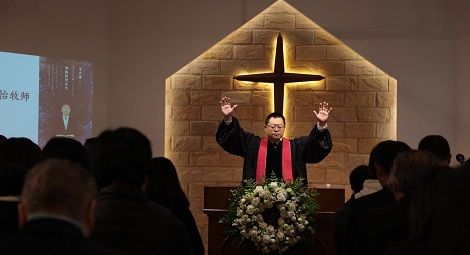 Twelve members of Early Rain Church remain in detention following a spate of arrests beginning on 9 December. The number includes Pastor Wang Yi and his wife Jiang Rong: both are accused of ‘inciting subversion’. At least six other church members are missing and many more are under police surveillance.

In the early hours of Sunday 9 December, the authorities launched a large-scale crackdown on Early Rain Church in Chengdu, Sichuan Province, arresting over 100 members. According to an update about the church translated and posted on social media, church members gathered together for a worship service in the open air on 16 December. The post also reports that over thirty more members were detained and many others were prevented from leaving their homes by police on the same day.

Another leader of a church founded by Early Rain Church was put under police surveillance after police and authorities interrupted a service at his home in which they hit him, tore his clothes, confiscated his phone and tried to force him to sign a pledge to no longer attend his church.

An earlier update about the church stated that students who were detained in the crackdown are now being sent back to their hometowns and placed under surveillance in their homes. Their ID cards are being withheld, and they are forbidden from returning to Chengdu.

Statements in support of Early Rain Church have been posted on social media by pastors from churches across the country, including the leaders of Living Stone Church in Guizhou and Zion Church in Beijing. Both churches have been shut down by the authorities, suggesting that the government may be targeting large unregistered churches in different provinces as a warning to others.

The crackdown on Early Rain Church comes amid increasing violations by the authorities against both registered and unregistered churches following the introduction of new regulations in February 2018. Over the past ten months there have been numerous reports of the forced closure of churches, demolition of religious buildings, harassment and physical attacks against church members, and a ban on under-18s attending church services.

On 15 December, police raided a children’s Bible study class at Rong Gui Li Church in Guangzhou. The church was founded by the late Pastor Lin Xian Gao (Samuel Lamb), one of the key leaders of the house church movement, and is one of the largest and oldest independent churches in southern China. Police and officials confiscated books and other materials, and blocked off access to the church after declaring it to be an illegal venue.

Mervyn Thomas, CSW’s Chief executive, said: “The charge of 'inciting subversion' against Pastor Wang Yi and Jiang Rong is completely false. It is clear that this is a reprisal against their family in response to Pastor Wang’s peaceful criticism of the government’s policy towards independent churches. This is a case of arbitrary detention of members of a religious community peacefully exercising their right to freedom of religion or belief, as protected in Article 18 of the Universal Declaration of Human Rights. The increasing arrest, detention and harassment of religious groups in China stand in sharp contrast to the government’s claim that it protects religious freedom for its citizens: in fact, the level of religious freedom has rapidly deteriorated. We call on the government to release Jiang Rong, Wang Yi and all those detained in connection with their freedom of religion or belief in China, and to cease its harassment of Early Rain Church.”