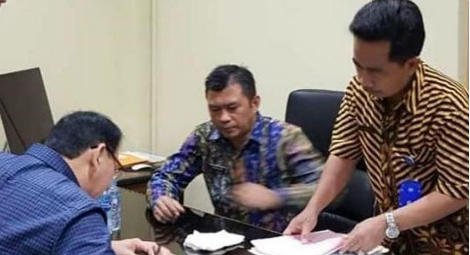 Basuki Tjahaja Purnama, the former governor of Jakarta known popularly as ‘Ahok’, has been released from prison three months early. In 2017 he was sentenced to two years in prison following his conviction on blasphemy charges.

A photograph of Ahok completing the administrative process in advance of his release was published on his Instagram account on 24 January.

As a Chinese Christian, Ahok was Indonesia’s most prominent ethnic minority politician and the first non-Muslim governor of Jakarta for over 50 years. However, his 2017 campaign for re-election was overshadowed by the blasphemy allegation against him. He lost the vote and was later imprisoned.

Ahok’s old ally, President Joko Widodo, is running for re-election in Indonesia’s presidential elections on 17 April. There are concerns that religious tensions will be a factor in the campaigns. In a report published in November 2018, CSW warned that “radical Islamist extremism, the politicisation of religion, and identity politics are contributing to a continuing and severe rise in religious intolerance in Indonesia.”

Benedict Rogers, CSW’s East Asia Team Leader, said: “We welcome the release of Ahok, although we believe his conviction and imprisonment represent a serious injustice and illustrate the dangerous misuse of the blasphemy laws. In light of this we call again on Indonesia to review the blasphemy laws, and we urge all candidates in Indonesia’s forthcoming presidential election to protect and promote Indonesia’s tradition of religious pluralism and take steps to counter religious intolerance, extremism and identity politics.”