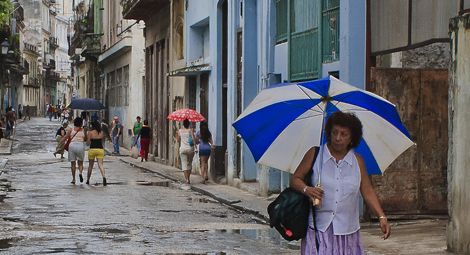 The Cuban government has continued to pressure church leaders across the country in the run up to the referendum on a new constitution on 24 February, accusing them of being mercenaries and counter-revolutionaries.

Church and denominational leaders have reported receiving phone calls threatening them with arrest and imprisonment if they do not instruct their congregations to vote ‘yes’ in the vote on 24 February.

On 20 February, the president of the Western Baptist Convention received a call from Sonia García García, the Deputy Head of the Office of Religious Affairs (ORA), an arm of the Central Committee of the Cuban Communist Party (CCP), in which she stated that "from now on Carlos Sebastián [the convention’s General Secretary] will no longer be treated as a pastor, but as a counter-revolutionary.”

Following the call, Rev. Carlos Sebastián Hernández Armas told CSW: “I have total confidence that, even in Cuba, God reigns. Pray for me and my family…my wife and I have spoken and prayed because at any moment they could take me prisoner.”

The home of a Baptist pastor in Baracoa, Michel García Avilés, has been surrounded by state security and police all week. Reverend Garcia Aviles said that government officials called him a “mercenary” in a meeting they held with him Sunday and threatened him with arrest.

Another pastor who has been outspoken about his intention to vote ‘no’ and whose church belongs to the Cuban Council of Churches, which has historically had a mutually supportive relationship with the government, was told to "take a vacation," and was suspended for 15 days after he refused to do so.

On 21 February, the leader of another major Protestant denomination received a phone call from García García who accused the denomination of telling its members to vote ‘no’. The church leader told CSW: “I told her clearly that they could not count on our vote for a constitution that does not represent us. I told her that they did not listen to our demands, they did not give us an opportunity to discuss, they refused us permissions, they accused us of being fundamentalists and backwards. The church has had no rest in these days. They are besieging and intimidating us just for defending our rights and our principles. They cannot count on us now. After these words she hung up on me. Please pray for us.”

CSW has also received reports that students and workers have been called to meetings across the island and instructed to vote ‘yes’. In a number of these meetings, government officials screamed insults at Christians who expressed their intention to vote ‘no’. At least one person was dismissed from their job as a result.

CSW has documented a steady increase in FoRB violations over the past decade and there are concerns that the current draft of the new constitution significantly reduces protections for freedom of religion or belief (FoRB), as well as notably separating and weakening references to freedom of conscience.

CSW’s Americas Team Leader Anna-Lee Stangl said: “The Cuban government must immediately cease its attempts to intimidate and pressure religious leaders and their congregations as the country prepares to vote on Sunday. As church leaders have repeatedly pointed out, the government largely ignored their requests and recommendations during the period of national consultation on the draft constitution specifically with regards to freedom of religion or belief and freedom of conscience. It is telling that the Cuban government considers calling for freedom of religion or belief a ‘counter-revolutionary’ activity. We call on the Cuban government to cease all harassment and pressure tactics and allow people to vote according to their conscience on 24 February.”

1.       The Office of Religious Affairs is an arm of the Central Committee of the CCP which has authority over all religious groups and associations in Cuba, and is responsible for the majority of FoRB violations in the country.