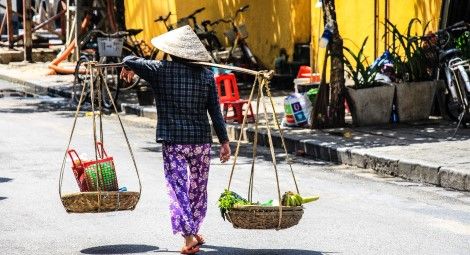 A Vietnamese priest was prevented from travelling to Japan to attend a mass celebrated by the Pope this weekend.

According to AsiaNews, as many as ten thousand Catholics attended a mass in Bangkok celebrated by Pope Francis on 21 November, including three thousand who travelled from Vietnam. Vietnam has a much larger Catholic population than Thailand, however the Pope has never received an invitation from the government to visit the country.

CSW’s Chief Executive Mervyn Thomas said: “CSW condemns the Vietnamese authorities’ decision to prevent Father Nguyen Dinh Thuc from travelling to Japan. The suggestion that this has been done for reasons of national security is completely unfounded and is a clear reprisal for peaceful advocacy. We call on Vietnam to allow the priest to travel freely, and to cease all harassment.”

CSW continues to receive reports of severe violations of freedom of religion or belief (FoRB) against every major religious community in Vietnam, including Catholics. Individuals in remote areas who are both ethnic and religious minorities, such as the Montagnard ethnic minority Catholics and Protestants in the Central Highlands of Vietnam, suffer the most severe abuses,‌ including disruption of religious services, beatings, threats and intimidation and damage to properties used for religious services.

Catholics who defend the rights of others are subject to arbitrary detention, sometimes leading to lengthy sentences. Nguyen Van Hoa, a young Catholic activist who also helped victims of the Formosa environmental disaster, was sentenced to seven years in prison in a closed trial in November 2017. In May 2019 Hoa’s former cellmate reported that Hoa had sustained bruises and abrasions, and been choked by a prison guard. He has also been beaten on previous occasions and held in solitary confinement with his feet shackled.

Mr Thomas added: “CSW continues to call on Vietnam to respect the right to freedom of religion or belief in line with its domestic and international obligations. We particularly call for the immediate and unconditional release of all those detained in connection with their religion or belief, or for the defence of fundamental rights, including Nguyen Van Hoa.”