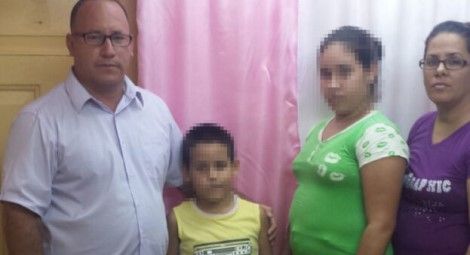 Cuban Pastor Adya Expósito Leyva, who was imprisoned along with her husband Ramón Rigal on 16 April 2019, was released from detention on Saturday 29 March.

Pastor Expósito Leyva and Reverend Ramón Rigal are representatives of the Abundant Faith Ministry International, headquartered and legally registered in Nicaragua. The couple, were imprisoned for refusing to send their children to government run schools, where they face severe bullying at the hands of their fellow students and even teachers.

Pastor Expósito Leyva confirmed she had been released from the women’s prison in Guantánamo in a phone call to Cuban human rights organisation Instituto Patmos. Adya had served over 11 months of an 18 month sentence for the alleged crime of “Other acts against the normal development of a minor.” According to Insituto Patmos, Pastor Expósito Leyva’s children are currently at home with her, as all children across Cuba have been sent home from school in light of a countrywide lockdown to control the spread of Covid-19.

Reverend Ramón Rigal remains in detention in a maximum security prison in Guantánamo Province, where he is currently serving a two-year sentence.

CSW’s Chief Executive Mervyn Thomas said: “CSW welcomes the release of Pastor Adya Expósito Leyva and calls on the Cuban authorities to ensure that she is able to enjoy her freedom without further harassment. We wish to reiterate that Ms Expósito Leyva should never have been detained in the first place, and we remain deeply concerned at the continued detention of her husband Ramón Rigal. We call on the Cuban authorities to facilitate the release of Pastor Rigal immediately and without condition.”

The bullying of children at school because of their religious beliefs or those of their parents is relatively common in Cuba. Last year CSW received a number of cases involving the children of Christian pastors being denied educational opportunities or singled out because their parents hold ‘counter-revolutionary ideas.’ In December 2019 two Jewish schoolboys were prevented from entering their school while wearing the Jewish kippah.