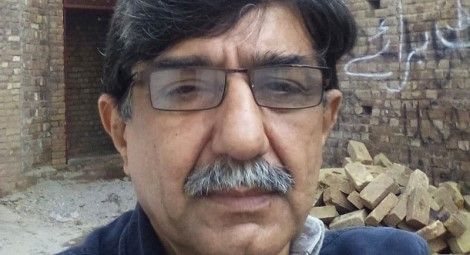 Professor Naeemuddin Khattak, a 56-year-old Ahmadi Muslim, was shot dead in Peshawar, northern Pakistan, on 5 October. While circumstances surrounding his death are still being investigated, initial information suggests that the murder was religiously motivated.

Professor Khattak, who works at Superior College Peshawar, was returning home after his lectures when he was killed by unidentified men on a motorcycle. According to a local report, he is survived by his widow, two sons and three daughters.

The Ahmadiyya community in Pakistan is discriminated against in the constitution, in national institutions and in society. A report by the UK All-Party Parliamentary Group for the Ahmadiyya Muslim Community released in July 2020 found that from 1984 to July 2020: “269 Ahmadi Muslims have been killed on the ground of [their] faith.”

In 1974 a second Constitutional amendment was introduced, which declared Ahmadis as non-Muslims, and in 1984 the introduction of Ordinance XX made it a criminal office for Ahmadis to call themselves Muslims. Since then, their economic, social and political rights have been severely affected, exposing them to persistent and systematic harassment and violent targeted attacks for their faith and identity, where even Ahmadi children face hardship and discrimination at school. The violence affects every aspect of their lives including the desecration of their grave sites, and the destruction of mosques.

Michelle Chaudhry, President of The Cecil and Iris Foundation (CICF), told CSW: “While the world celebrates World Teachers’ Day, we in Pakistan resort to killing them for the personal way they choose to worship God. The government must fulfill its responsibility of protecting every citizen of Pakistan regardless their faith and this is clearly stated as the Constitution. This killing must be condemned in the strongest possible manner.”

CSW’s Founder President Mervyn Thomas said: “We extend our deepest condolences to the family of Professor Khattak. For decades, the plight of the Ahmadiyya community and their appeals for intervention as members of their community have been murdered have been continually disregarded by the Pakistani authorities, with the result that perpetrators are not brought to justice. Hateful rhetoric from government officials and radical Islamists groups has only emboldened mobs to act with impunity. We urge the government of Pakistan to repeal the sections of the constitution that render the Ahmadiyya Community illegal and to prosecute those who are responsible for acts of violence against them and other religious minorities,  who are very much part of the social fabric of Pakistan.”