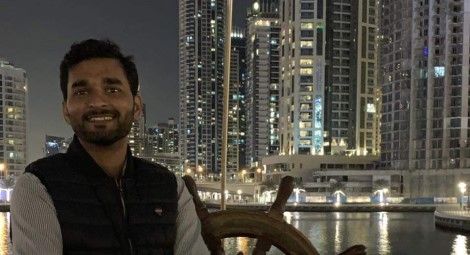 An Ahmadi doctor was murdered in front of his family at his home in Murch Balochan, Nankana Sahib District, Punjab on 20 November. His murder is the latest in a series of killings of Ahmadi Muslims in Pakistan.

The incident took place in the afternoon, just after Dr Tahir Mahmood, 31, and his family finished their Friday afternoon prayers. Local sources report that a teenage male, identified as Mahad, opened fire with a pistol as a family member opened the door. Dr Mahmood was killed instantly. His father Tariq, was also shot and remains in a critical condition, while his uncles, Saeed and Tayyab, both took shots to their legs.

A First Information Report (FIR), required for the police to open an investigation, has been registered under the Pakistan Penal Code and the Anti-Terrorism Act. According to local sources, the suspect was apprehended by residents in the area and taken into police custody where he confessed to carrying out the attack based on “religious differences.” Prime Minister Imran Khan’s special representative on religious harmony, Hafiz Tahir Mehmood Ashrafi subsequently condemned the targeted killing on Twitter.

The murder of Dr Mahmood is the latest in an upsurge in targeted killings of Ahmadis in recent months. At least five incidents have taken place, including on 6 October, when Dr Naeemuddin Khattak, 57, was murdered by two men on a motorcycle as he returned home from work.

Ahmadis have faced severe economic, social and political disenfranchisement ever since Pakistan introduced a second Constitutional amendment, which declared Ahmadis as non-Muslims, in 1974. Additionally, in 1984, Pakistan amended the penal code and made it a criminal offence for Ahmadis to be identified as or claim to be Muslims.

More recently, the government established National Commission for Minorities (NCM) has been criticized for excluding the Ahmadiyya community from participation in the commission. In May, Pakistan’s Information Minister Shibli Faraz  noted in a post-cabinet meeting that “the religious minister has come up with the summary that suggested non-inclusion of any Ahmadi in the commission because they do not fall in the definition of minorities.”

CSW’s Founder President Mervyn Thomas said: “We extend our deepest condolences to the family of Dr Mahmood. The Ahmadis have been the target of hatred and violence for several decades. The introduction of laws which deprive them of their rightful identity as Muslims, and the perpetual hateful rhetoric that has been perpetrated against them has entrenched societal hostility to this community. We urge the government of Pakistan to reverse discriminatory legislation and take steps to ensure that the Ahmadiyya community can be seen and accepted as equal citizens with other Pakistanis.”

1.    Some sources have referred to Dr Mahmood as Tahir Ahmad and Tahir Mehmood.