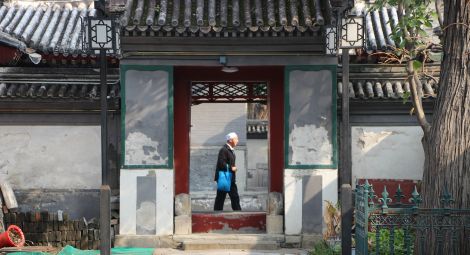 CSW has called on the UN High Commissioner for Human Rights to raise violations of the right to freedom of religion or belief (FoRB) with the Chinese authorities as a matter of urgency during her visit to China from 23-28 May.

In a written submission to the High Commissioner, CSW raises concerns about restrictive new regulations controlling religious life in China as well as numerous cases of violations of the right to freedom of religion or belief targeting Buddhist, Catholic, Muslim, Protestant and other communities across the country and perpetrated by the Chinese authorities.

The submission draws specific attention to the detention and torture of members of groups labelled as ‘xie jiao’, usually translated into English as ‘heterodox teachings’ or ‘evil cults’, including Falun Gong practitioners and members of the Church of Almighty God. It also draws attention to FoRB concerns in the Uyghur Region, where Uyghurs and others have been arbitrary detained for peaceful religious acts and mosques and sacred sites have been destroyed.

Religious communities and observers have also expressed fears about the direction of freedom of religion or belief in Hong Kong, in particular since the 11 May arrest of the 90-year-old former bishop of Hong Kong and FoRB advocate Cardinal Joseph Zen for "collusion with foreign forces", together with four other people who had helped to run the now-disbanded "612 Humanitarian Relief Fund".

CSW also calls on the High Commissioner to raise the egregious human rights violations against human rights defenders in China, including human rights lawyers Gao Zhisheng and Chang Weiping, and citizen journalist Zhang Zhan, all of whom have been arbitrary detained or disappeared in retaliation for exercising and defending their fundamental human rights.

In a previous letter signed by 60 organisations and issued in April 2022, CSW and other signatories set out benchmarks and recommendations for the visit, including measures to ensure transparency, safety and freedom of inquiry.

CSW’s CEO Scot Bower said: “The visit of the UN High Commissioner to China - the first such visit to China since 2005 - presents both risks and opportunities. A meaningful visit could provide a vital step towards holding perpetrators of human rights violations accountable, by investigating and exposing abuses, and engaging with religious and ethnic minority groups, survivors, activists and civil society. However, core minimum conditions must be met. The High Commissioner must ensure transparency around crucial aspects of the visit, including on measures taken to ensure independent, unfettered access, and should publicly report on, and interrupt the visit if this is impeded by the Chinese authorities.”

International human rights organisations have already expressed concern about the visit, noting the High Commissioner’s muted response to allegations of grave human rights violations, even as UN mandate holders have called for the international community to act “collectively and decisively” to ensure China respects human rights.

CSW has also joined other organisations in calling on the High Commissioner to release a report on serious human rights violations in the Uyghur region. In December, a spokesperson for OHCHR stated the report would be released ‘in a matter of a few weeks’, but this has not happened.

Mr Bower added: “Without transparent and concrete outcomes, this visit risks compounding the disappointment of witnesses and survivors of human rights violations, both inside China and in the diaspora. Around the world, Chinese Christians, Uyghurs, Tibetans, Falun Gong practitioners, Hong Kongers and many others are looking to the UN, and the international community, to end violations in China. We call on the High Commissioner to ensure that this visit is a step in that direction.”